Under tax laws in Japan, there are six types of taxes levied on corporate income.

Below is a summary of typical temporary and permanent difference items that should be adjusted in the tax return.

Similar to the United States, laws allow companies to maintain two separate sets of books for financial and tax purposes. Because the rules that govern financial and tax accounting differ, temporary differences arise between the two sets of books. This can result in deferred tax asset. However, under tax laws in Japan, only expenses recorded in the financial statement can be deducted in the tax returns. Thus, deferred tax liability will not exist when there are differences between tax and financial accounting in depreciating fixed assets. 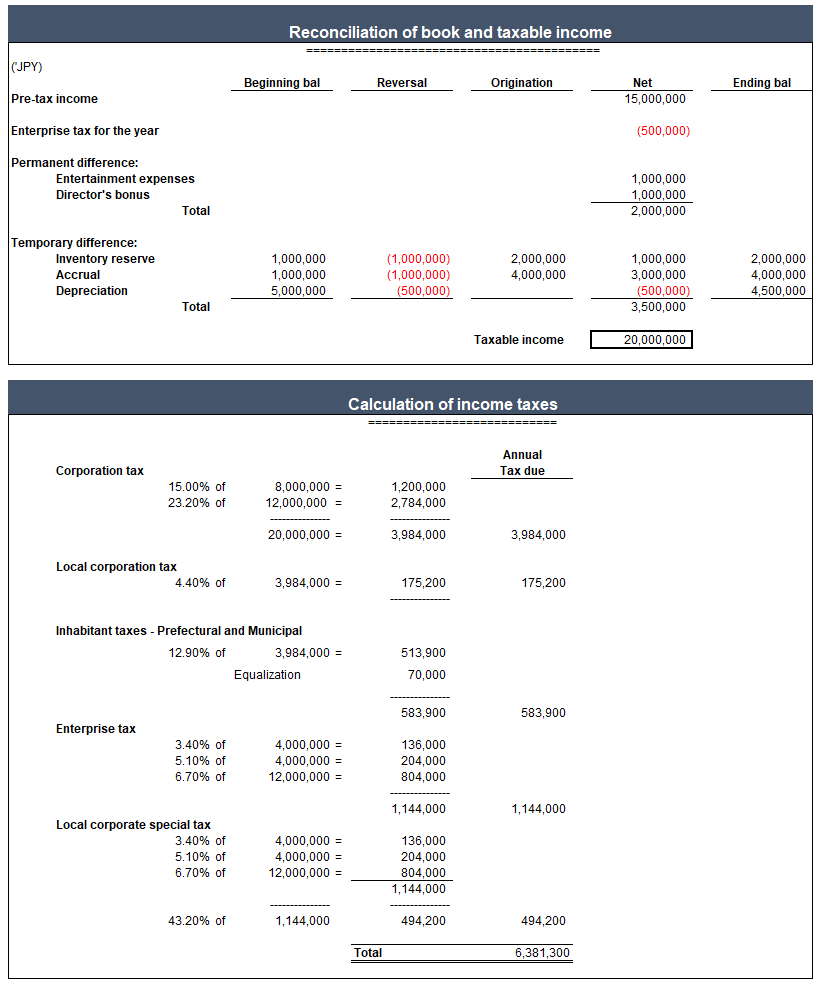 One of things that make the calculation of effective tax rate complicated is that the enterprise tax (including special local corporate tax) can be deductible from its taxable income when it is paid. Below is the standard formula in calculating the effective tax rate here in Japan. 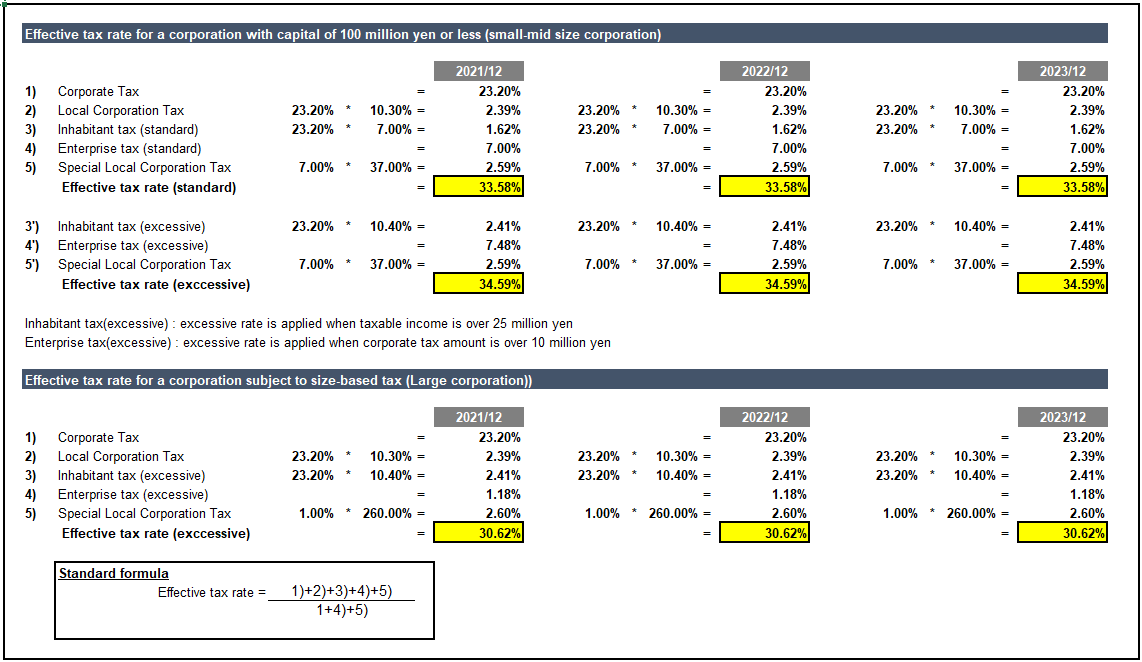 Although a corporation cannot receive a refund in principle, certain corporations, such as small and medium-sized companies meeting certain criteria, are allowed to carry back a loss to the business year beginning not more than one year prior to the date of commencement of the fiscal year in which the loss incurred, and receive a refund of the amount of corporate tax in the fiscal year in which the loss was carried back.